Gallery of my best standalone images in all categories. To see more pictures, view the other galleries in the toolbar at the top of the page.

Lightning strikes Sept. 12, 2012 over downtown Midland. The National Weather Service reported 0.18 inches of rain had fallen in Midland by Thursday morning. The possibility for thunderstorms will continue through the weekend.

From left, Zaniel Payen, age 4, and Emanuel Duran, age 5, watch a performance by the AeroShell Aerobatic Team during AirSho 2012 on Oct. 13, 2012 at Midland International Airport. 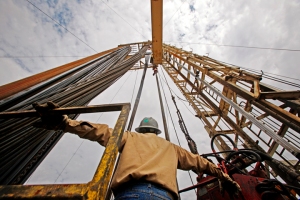 (PHOTO TO BE PAIRED WITH OIL AND GAS / ECONOMY NEWS STORIES) Members of a wireline crew perform wellsite service on a rig located near Highway 385 south of Odessa, Sept. 24, 2014. 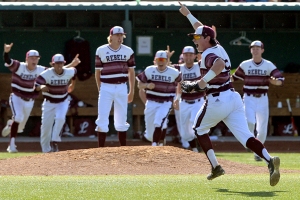 Lee baseball players rush the field after a win against Coppell in game three of the Class 6A regional semifinal Saturday, May 28, 2016, at Hays Field on the campus of Lubbock Christian University. Lee defeated top ranked Coppell 6-4 and will face Amarillo High in the final. James Durbin/Reporter-Telegram

Connie Perrin, left, and Doris Zachery, right, pray together, Wednesday, July 1, 2015, during a gathering at True-Lite Christian Fellowship in Midland, Texas, to remember the victims of a shooting at a historic black church in Charleston, S.C, two weeks previous. Community members gathered to remember the victims and discuss ways to unite the city of Midland.

Stephanie McDonald and James Franklin buy coffee at the Ground Floor on Wall Street while participating in an open carry demonstration Dec. 7, 2013. “We want to educate the public concerning our legal rights and help people become accustomed to the idea of responsible people carrying firearms,” said Franklin. James Durbin/Reporter-Telegram 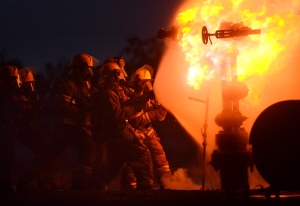 Members of the Midland Fire Department approach a natural gas pipeline fire in a fog pattern June 4, 2014 at Harris Field in Midland.

Connect with me on LinkedIn

James is a photojournalist at the Midland Reporter-Telegram newspaper, covering sports and breaking news in a community of more than 100,000 people, many of whom are directly involved in the oil and gas industry.
James has international experience working as a contractor producing images and video in Haiti and West Africa.
James has worked for newspapers in a variety of positions, from video journalist to web content editor.
James is a 2011 graduate of the journalism program at Southern Illinois University in Carbondale, Ill.